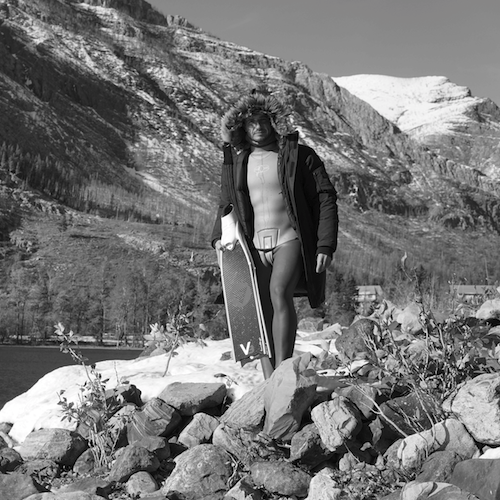 Luca is a cold-water freediving and spearfishing instructor in Canada. Having trained under Alchemy athletes Jonathan Sunnex and Thibault Guignes, he has been teaching since 2018 and competing since 2019. He founded the Sea to Sky Freediving school in Vancouver, Canada and the Siquijor Freediving School in Siquijor, Philippines. Luca was born in Bologna, Italy and left for Canada at the age of seven. Growing up in Montreal, Quebec and later moving out west to Vancouver to be near the mountains and the ocean. Luca is fluent in English, French, Italian and Spanish.

He's a former geo-environmental engineer that realised he couldn't stay in an office for any longer. He decided to leave his office life to pursue his passion in the cold waters of the Canadian Pacific Northwest. His athletic background also includes ice climbing, multi-pitch rock climbing, backcountry skiing and surfing. Based out of Vancouver and Calgary in Canada, he has helped to bring freediving to Western Canada by teaching and coaching.

Luca is also an underwater photographer and amateur filmmaker. He runs the online blog the Freedive Wire where he uses his background in research to write on the science of freediving. He also loves to write about freediving gear and reviews diving equipment. Through this Luca was led to Alchemy, when he became intrigued by the passion and detail in the material engineering of our products.